Learn To Incorporate a Special Appeal Into Your Charity Auction Ideas

END_OF_DOCUMENT_TOKEN_TO_BE_REPLACED

Learn To Incorporate a Special Appeal Into Your Charity Auction Ideas While live and silent auctions are great ways to get donors to spend money at an event, it's a good idea to incorporate multiple tactics to get your entire audience involved. One popular method is to include a special appeal after your charity auction.

What is a Special Appeal?

Special appeals, which can go by other names such as “Fund-A-Need”, are commonly used to complement fundraising auctions because they offer attendees who didn't win any charity auction items an opportunity to participate and give.

Unlike live and silent auctions where donors bid on items and then pay money if they win, special appeals involve asking the audience directly for cash donations to fund a special cause that is generally more specific than the overall mission, such as a new x-ray machine for the local children’s hospital.

Appeals are best positioned when the audience is sitting down and you have their attention, such as right after you’ve wrapped up your live auction.

How does it work?

After providing a brief explanation of the specific need that is the focus of the appeal, the presenter will begin asking for fixed donation amounts from the audience, starting high and then going down in price incrementally. Depending on the size and scope of your event, the first appeal could start as high as $50,000. From there the presenter will ask for lower and lower donation amounts and usually end up with a final appeal of around $50.

How do I implement it?

A successful “Fund-A-Need” requires proper planning well before the event. Following are three quick tips to maximize the effectiveness of your next appeal:

Special appeals involve asking your attendees for money to fund something specific that relates to your cause. It could be a college scholarship for kids of an impoverished neighborhood, a new wing for the local children’s hospital or funding for a green research project. The key here is to tug at the heartstrings with a story that will get people to open their wallets.

If you’re going to ask audience members to make a cash donation, they will need to know exactly how the money will be used. Since attendees will be contributing without winning a prize in return, it’s essential that you make the appeal something that is concrete and your audience will relate to.

You are much more likely to achieve your goal if you know exactly how much money is needed beforehand. Setting a monetary goal will also give your presenter an important tool for working the audience.

The person behind the “ask” will play a huge role in the success of your special appeal. The speaker should be comfortable talking in front of a large group of people and passionate about your cause. If possible, try to find someone who is directly affected by the special appeal and therefore can make an emotional impact. The most important thing is to keep the energy up during the special appeal, encourage participation and feed off any momentum that is generated.

If one or two high-price appeals have been called out and no one in the audience is raising their paddle, the emcee needs to know when and how far to make the next incremental drop in price. Make sure you have runners who are going around and taking down donors' names and coordinating payments so that the appeal can continue smoothly and the speaker can move on without any hang-ups.

Take the time to plan and coordinate well before the event, because a special appeal that falls flat can be uncomfortable for everyone in the room. That begin said, a well-executed appeal can actually draw some of your largest donations at the event and in some cases make more money that the auction itself.

Do you have any other tips or ideas for incorporating a special appeal into your charity auction event? Please let us know in the comments below! 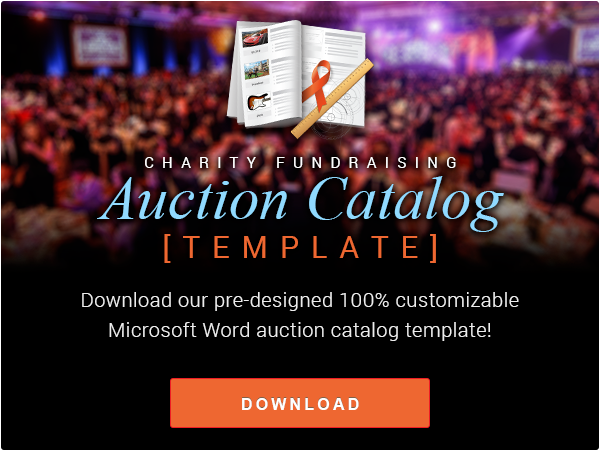