END_OF_DOCUMENT_TOKEN_TO_BE_REPLACED

Have you tried peer-to-peer (P2P) fundraising? It's a fundraising strategy that allows you to fundraise and spread awareness through your supporters’ social networks - and nothing beats interpersonal connections in terms of fundraising incentives.

Although P2P fundraising is gaining popularity, perhaps you haven’t yet had the chance to put it into action in your own organization.

Not a problem! We’re here to help.

First we’ll walk you through what P2P fundraising is and how it can help your organization. Then we’ll set you up with five great tips to run your own campaign. What we'll cover:

Ready to learn more about peer-to-peer fundraising and how this tool can expand your nonprofit’s supporter base? Let's get started.

P2P is a grassroots fundraising strategy that decentralizes the pressure of fundraising among your loyal supporters and gives them agency over the process.

What Is Peer-to-Peer Fundraising?

Also called social fundraising, peer-to-peer (P2P) fundraising is a fund development strategy in which a charity provides tools for supporters to reach out to their personal networks and raise money on their behalf. Examples include supporters dedicating their birthdays on social media to a certain cause; charity run/walk participants creating personal donation webpages; and individual crowdfunding campaigns.

In a nutshell, you (the charity) ask your supporters to fundraise amongst their friends and family for your cause. They go out and ask their networks for help. Their contacts support your supporter's campaign, and the gift goes to your organization.

Peer-to-peer fundraising leverages on the oldest marketing trick in the world: word of mouth. The principle behind its success is that giving to a personal connection is much more attractive to new donors than giving to a 'random' organization.

There are three main variations of P2P campaigns:

Now that you know the basic theory of peer-to-peer fundraising, let’s get down to planning and running your own campaign!

To get started, decide which of the three variations of P2P fundraising campaigns you’ll be running, and to what end.

Having answers on hand will strengthen your marketing strategy and address many concerns of potential donors and fundraisers alike.

Before the campaign starts, you'll also need to choose a P2P platform. There are many different options available, each with its own advantages and disadvantages.

Once you’ve picked the best platform for your needs, you’re one step closer to starting your campaign.

The best P2P campaigns are strong collaborations between nonprofit staff and loyal supporters, so you need to pick the most effective members from both pools to get your campaign started.

First, designate a point person within your organization to assist fundraisers. This person should be knowledgeable about your marketing and fundraising strategy, as well as how to use your P2P platform.

Then, brainstorm a list of people to reach out to about being the front line of your P2P campaign. Look for these attributes:

The ideal P2P fundraiser is someone who is outgoing and eager to support your nonprofit’s mission in any capacity.

Your fundraising team should include a variety of people: social media gurus, volunteers and donors with strong personal networks, and staff members most involved with fundraising and event planning.

Once you have people in mind, reach out and ask if they’d like to be involved in your P2P fundraiser. Introduce them to your new P2P coordinator and get ready to collaborate.

Don’t worry if the list you assemble starts out small. People can always be added later. The important thing is to fill it with people who can get your P2P campaign off the ground and create social trust in the campaign.

Once the campaign is in full swing and fundraisers have started to approach their fundraising goals, invite others to join the campaign and start their own P2P pages! The success of the original team will inspire others to try their hand at it.

Once you’ve established your team, you want to ensure fundraisers have everything they need to hit the ground running.

First things first: Have them build and test their personal donation pages with your P2P coordinator before the campaign starts. The pages need to be attractive and functional as soon as the campaign goes live so you don’t miss out on any potential donations.

Next, remember they’re not professional fundraisers. They understandably need help and training. Consider providing helpful educational material such as:

These resources will make it as easy as possible for fundraisers to focus their efforts on one task: reaching out to their friends and family about donating to your cause.

Finally, don’t forget that your P2P coordinator’s job isn’t over once the fundraiser starts. Your organization should be available to help fundraisers throughout the campaign.

This will improve results and make fundraisers feel supported and appreciated; they are teammates, after all, not employees, and this campaign is a team effort.

Another idea to build an atmosphere of camaraderie and support, as well as create a potential reward for the highest levels of donors, is to print campaign t-shirts. Check out Bonfire’s tips for custom shirts for some helpful suggestions.

Once the donations start to roll in, your organization should hop on getting to know the donors and incorporating them into your donor community.

As mentioned, your P2P platform should be compatible with your CRM so donor data flows directly from the fundraising page to your donor database. Once you’ve received data on a new donor, you can start to build your relationship.

A P2P fundraising best practice: Take advantage of your rapidly expanding supporter base.

First, be sure to say Thank You! More on this in the next step.

Additionally, keep in mind these new donors may know very little else about your cause. Share engaging informational material (like short videos and testimonials) and answer any questions they may have.

Invite donors to engage with your organization in other ways. You could share your next volunteer opportunity, offer a tour of your facilities, or invite them to attend the big campaign closing event. Get creative with how you can develop these surface-level donors.

You might find that donors with an existing connection to your organization also donated to this campaign. Reach out to show your appreciation of their ongoing support.

6. Say thanks to donors and fundraisers.

The most important part of maintaining a strong and healthy relationship between your organization and its community of supporters is expressing your gratitude frequently and genuinely.

For your P2P fundraising campaign, don't be afraid to say thanks multiple times. A timeline to consider:

Their gifts make your impact possible. Thanking donors every step of the way reminds them they’re an intrinsic part of every step of your organization’s mission.

Don’t forget about those who weren’t donors, as well: Show your appreciation for your P2P coordinator during the fundraiser, and, of course, your volunteer fundraisers! Without this team, your fundraiser couldn’t have gotten off the ground.

One idea to express your gratitude is by giving them tickets for your next fundraising event. This can be both a gift and a way to keep them engaged with your organization’s projects.

Showing your appreciation is important to maintaining the bonds of community that you’ve formed, as well as keeping supporters engaged in the future.

Peer-to-peer fundraisers can appear intimidating, but they’re actually fun, straightforward ways to engage your supporter base and spread the word about your organization’s mission.

Now that you’re a P2P expert, we can’t wait to see what you accomplish. Good luck! 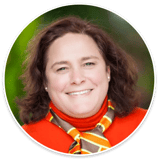 Kelly Velasquez-Hague brings over 20 years of fundraising, nonprofit management, and sales/marketing experience to her role as the Director of Content Marketing for OneCause. As a member of the OneCause sales and marketing team, Kelly manages all of the company’s content strategy and execution. She is passionate about empowering great missions and loves that her current role allows her to continue to help nonprofits reach new donors raise more funds for their cause.